As an Amazon Associate I earn from qualifying purchases

I’ve wanted to create a plate wall in my home for a while now, and while I’ve always hung plates on the wall, it’s never been a focal point….I think making all those holes in my wall makes me a bit nervous.

I don’t like doing much to my home that I can’t undo when I feel like it. But, last week, I had time on my hands, and a whole slew of plates hanging around that weren’t being used, so, I took the plunge…. 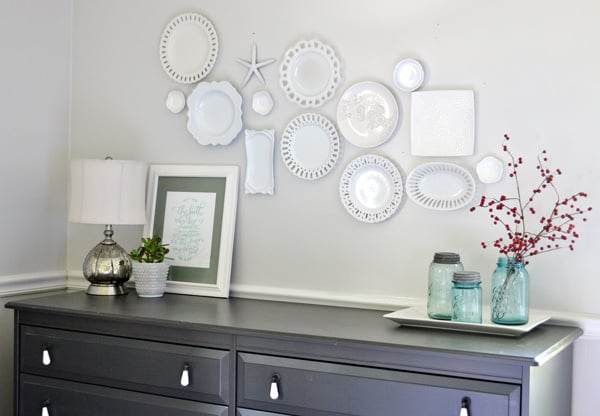 Like I said, I had all of these plates on hand…I just took some gloss white spray paint to the few that weren’t already white.

Once I had everything painted, it was time to figure out how I was going to hang them. Now, don’t get me wrong, I love using Disc Hangers to hang my plates…I even wrote an entire post on using them.

But, I didn’t have enough lying around the house, I was too lazy to load two kids up for an outing to buy more, and I wanted to keep the project virtually cost-free.

So, I took a bent paper clip, piece of felt, and lots of hot glue, and came up with this…. 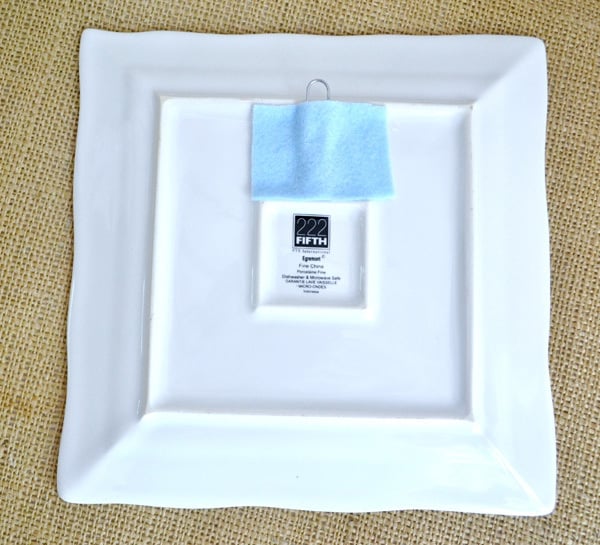 Am I saying this will hold forever or that you should hang your great-grandma’s treasured heirloom plates using this method? No.

But, so far, we’ve only had one casualty, and that was my fault for trying to hammer a nail into a stud without taking all the plates down first (oops).

To figure out placement, I just played with the arrangement on the floor until I was happy with it. At first, I thought I might want to do an overlapping, layered plate wall a la Nester… 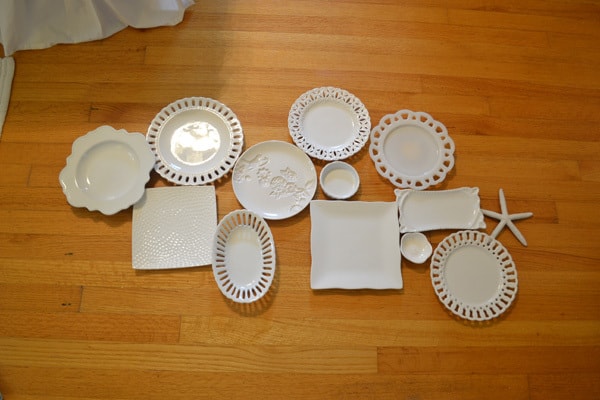 …but ended up liking a more traditional arrangement…. 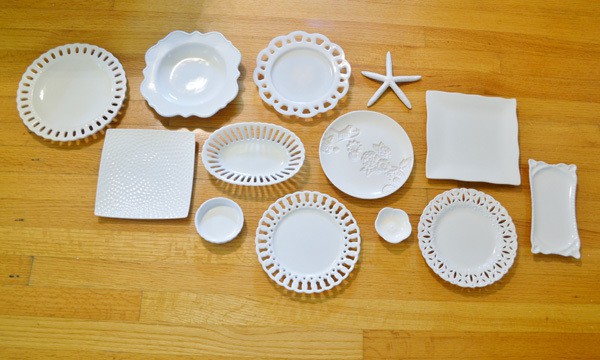 To figure out where to put the nails in, I use a simple, but effective trick…I take a piece of painters tape, fold it over, and attach it to the top of the paper clip (or ring) where the nail will go (see pic). I take the plate, tape attached, and press it to the wall exactly where I want the plate to go. The tape unsticks itself from the plate, sticks itself to the wall, and I just hammer a nail into it. 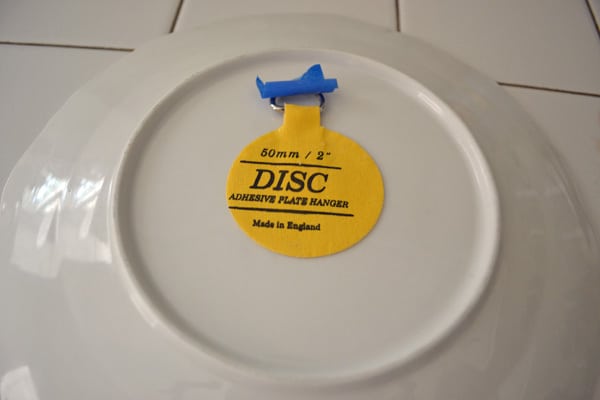 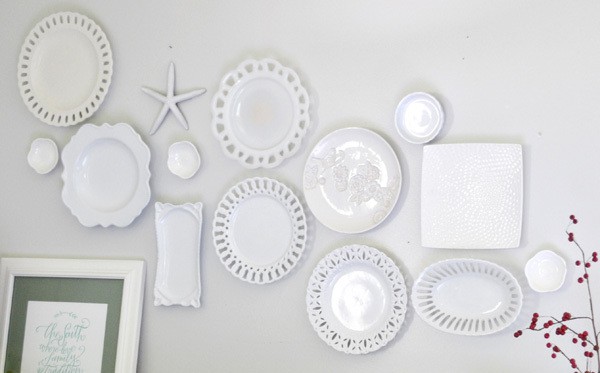 Oh, and here’s a close up of one of my favorite elements of this space…. 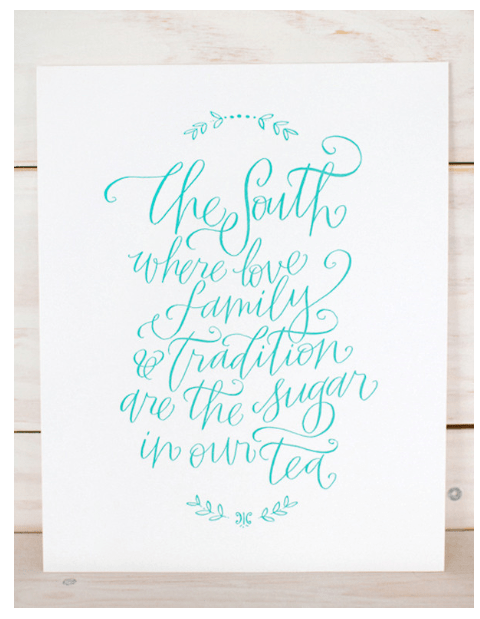 It’s  from Lara Casey and I just adore it.

Hope you are having a great Monday!!! 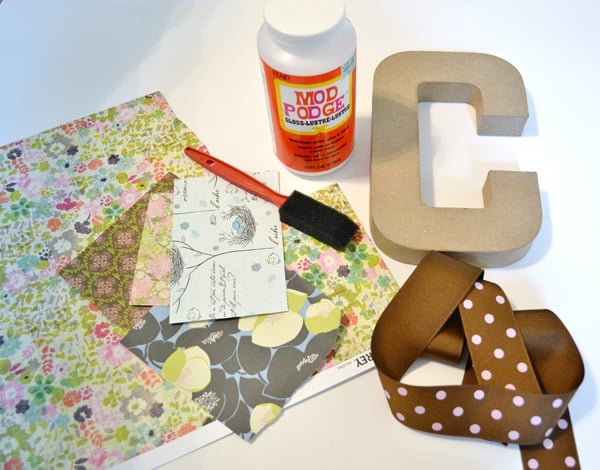